Nature, as source, inspiration and guide, and as the best teacher in the infinite variety of the world of perceptions. Full of light, shadow, colour, volume, shape and space; something suitable for good look at Goya.

In regard with Velázquez, even died a hundred years before the birth of Goya, was overwhelmingly present in the Royal Collections and was easily accessible for a painter of the Court like Goya. Consequently, his magisterium is obvious and there are remarkable traces of it, from the first drawings and goyesco prints, to painting pieces such as the importance of the family of Carlos IV (1800).

On the other hand, it is considered to Rembrandt as the best engraver of all time. And so could note it who had the success of visit a superb exhibition, ‘Rembrandt, Light of Shadow’ made in collaboration with the National Library of France and the Spanish National Library, at Gaudi’s building of La Pedrera in Barcelona, under the sponsorship of then bright patron Foundation Caixa Catalonia, today disappeared.

Thanks to my good friend Silvia Pagliano -an exceptional engraver, usual contributor of this blog- I discovered to Michel Pastoureau and his book ‘Black (History of a Colour)’ of which here I valgus for venture between their lights and shadows. Colour for darkness, for death and hell, black has not been always a negative colour. Throughout its long history, has also state associated to fertility, temperance, dignity, authority. And since a few decades ago, embodies above all elegance and modernity.

The polygraph Jesuit François d’Aguilon, friend of Rubens, differentiates ‘extreme’ colours (white and black), ‘medium’ colours (red, blue, yellow) and ‘mixed’ colours (green, violet and orange) and shows how colours unite to engender others new. However, for him white and the black are complete colours; have the status of ‘extreme colours’. So, in that world of colours, the relationship with light precedence over others. By this, although black is the colour of darkness, there is a ‘luminous’ black, it means black colours that glow before darken, black that are bright before be black. Seeing Rembrandt’s blacks and his very brief illuminations, which are just a rumour of light… 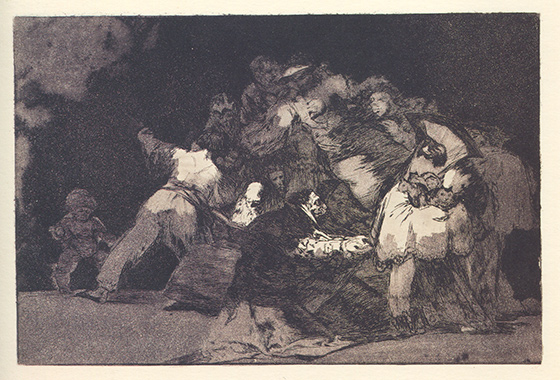 For Michel Pastoureau “the word black, from latin niger in a time given becomes extraordinarily rich and takes to its charge all the symbolic range (sad, fatal, ugly, horrible, cruel, harmful, fearsome, diabolical, etc.) of the colour. But to express nuances of intensity or quality colour (matt, glossy, dense, saturated, etc.) will be necessary to resort to comparisons: black as pitch, black as a mulberry, black as the raven, black as ink.”

In Romanticism returns the black in all its splendour, if I am allowed to say so. Is the triumph of night and death, of witches and cemeteries, of strange and fantastic. Reins the melancholy, the evil of the century (the black sun of melancholy), that at the gates of the 19th will be an obliged state, almost a virtue. In certain mode we are also at the world of symbols, the world of perceptions… And there is Goya. Obviously. From prints to the black paints. Because in the century of lights these are not only those of the spirit, wit and sharpness, but also of the common life, and in Goya black is more near to death and its colour, opposite or different than in Rembrandt. Besides there is the fear at the end of inspiration: that terrible fright that, tormented, we were described by Unamuno.

On the other hand, Isadora Rose-De Viejo says that “it is out of doubt that Goya knew well several prints of Tiepolo, Piranesi, Callot, Hogarth and Flaxman” as we have discussed in this blog throughout our four years of existence. And that while Goya in his youth artistic circles of Zaragoza had by more next teachers in his admiration to the French Simon Vouet and the Italian Corrado Giaquinto, will come a time in which the work of the Dutch will make present in an interest place of his admiration. But that will be later as by “the traditional political and religious hostility between Spain and the Netherlands”, add Isadora Rose that “Dutch painting of the 17th century has always had a presence in the Spanish historical collections,”. And it will finally be in the form of his engravings. 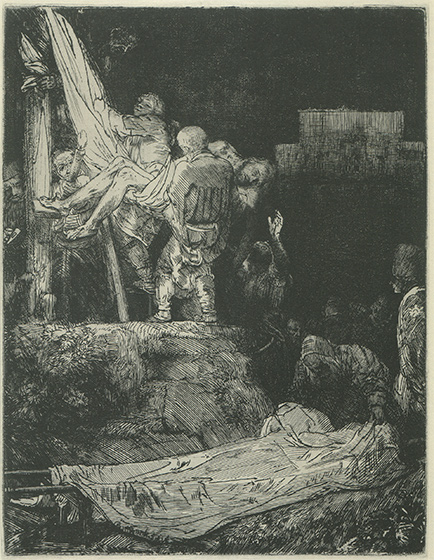 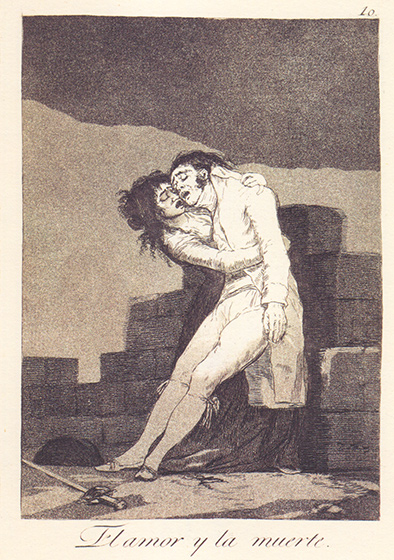 It is why this super taste similarities, mutual admirations, bows and training elements on such notable artists. Breathing under the same dome… And is at the same time exciting to believe it, observe it, like it and admire it closely. A great luck the Art! So close, so exciting, so own, friendly and satisfactory…

Blacks of Rembrandt, the dim lighting, lights just discerned, game of life and death, seen and unseen, technique and sentiment. As so many disasters of the goyesca war, both dark caprice and as much crazy image lived or dreamed from inside… to finish being paint and black. Without leave aside, sharing it with Goya, in his admiration for light and shadow. Under a greater or lower Rembrandtianan influence that, for Michel Pastoureau, the vibrating character of colour in Rembrandt painting, next to the omnipotence of light, gives to the most of his works, including the more profane, a religious dimension. Giving a liaison, linking light and shadow, light and dark for so better perceive reality, past of time, the permanence. 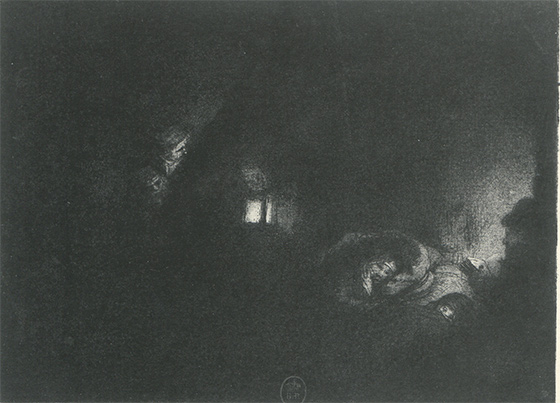 Look for example at the picture of ‘The Adoration of the Shepherds with a flashlight” in which, as well describes Gisèle Lambert: “…the atmosphere suggested by Rembrandt is so intensely mystical that exudes a supernatural silence, the adaptation of the eyes to the darkness, the reconstruction of shadows by the vision, the perception of the oscillations of the more or less open flame of the candle and the strange aura of rays of shadow that wrap Mary and Jesus are other many effects…”… “lighting effects, gold or pearled, with a soft and silky shadows that modulate the glare…”

Goya came to have half a dozen prints by Rembrandt and knew of different collectors and friends (Ceán, Izquierdo, Carderera, perhaps Godoy and likely the Royal Cabinet of Natural History and those of Sebastián Martínez) and “came to see up to 150, that is more than half of the artist accepted graphic production and an exceptionally high proportion for a Spanish of his time” (sic).

We could go calmly on this brilliant relationship. Or analyse also the magisterium about the engraver Goya by Piranesi and his outstanding quality, the only artist that according to Nodier until then had left influence his art with his nightly dreams. His influence will make him expand a view especially endowed, superior and feature artists far above others. The contrasts of lights and shadows, of black and white, of impressions and techniques. It will certainly be interesting to try to raise it at another time. Why not?