If I’m not confused, the London National Gallery (NG) has among its funds five excellent paintings of Goya. Three portraits: one of the painter and collector Andrés del Peral, the one of Isabel de Porcel (painted over another portrait of a soldier in uniform) and that of the Duke of Wellington. And other two paintings: “A Picnic” and a scene from “The Forcibly Bewitched” painted for the Duke of Osuna. It’s comforting to see them there exposed and enhanced its importance as come out of the hand of our Francisco de Goya. All of them are hung with all dignity and fairness, without large fussing nor pretentious excesses and the possibility of having them so close and taste its virtues is grateful for. 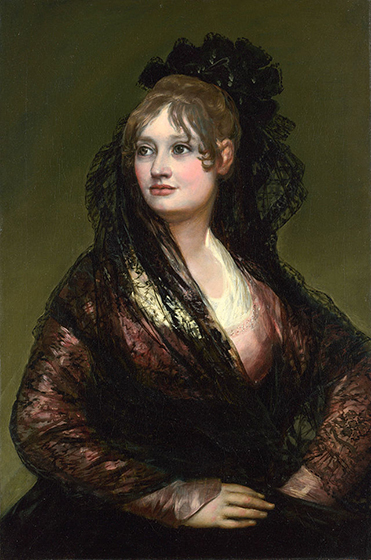 But it is not precisely about what I want to write down here. For me there are issues which by elementals are evident and, therefore, do not need to be demonstrated. Simply to observe them and pay a little attention to how others do when they observe, analyze and treat the art for which those who do not have their intellectual refinement, and their level of knowledge, we learn and know conclude with relative ease, so are useful to our personal training and, if this is the case, for the benefit of the society in which we live.

It is known that the Anglo-Saxons are people who “look” very good the art. That takes advantage of it and analyzes every detail and knows properly how to relate its aspects and nuances. This is the reason why they prefer seriousness always and also to show them, rather than the so-called “blockbusters“, known in the world of exhibitions those which are conceived to make money and much media noise. They are in a more developed cultural stage.

In this last month of April we have had occasion to watch in our cinemas an exceptional report, three-hour duration and in original version, on the aforementioned NG. Conducted by veteran Frederick Wiseman, meticulously follows the usual work system of the American filmmaker: pure observation, showing how things are there through an objective image capture, getting after a basic installation a subjective speech full of brilliant intelligence.

On his journey to the heart of the Museum -that would say the critic- visits thoroughly “the place, the way of working, relations with the world, the staff and the public, as well as its paintings”. Along these walks through the galleries shows the life of the art gallery, its educational programs and the intimate life of the Museum. And since with all of this he makes “a deep claim of public, of the school of the museums”, I think that documentaries like the one that concerns us should be required viewing not only for our cultural leaders -the authentic and the consequential from policy or finance -, but also to all politicians in general: see the meetings on the management of budgets, the absolute lack of personal selfishness and the permanent search for arguments that inexcusably lead to the overall benefit of the institution which, in every position and in every case, serves and represents.

Be aware of the importance of what is at hand; of prime order gravity, of indispensable professionalism at all and each of the jobs and management. That can speak, and is spoken, everything (marketing meeting), seriously and reflecting all proposals.

From the authentic professional that restores and makes frames, through specialist in lighting heart-knowing how to handle the complicated structure of the lighting system for the perfect view of the pictures, enhancing the work and avoiding the less damage that excess may cause; by the award-winning specialist who knows the reason of things, and for what the tools he uses; the wonderful conclusion of the restoration specialists who achieve mastery of the issue and that once known the result of the most conscientious of studies, take the precaution of bringing a perfectly erasable varnish in its time (if future need it or withholding so that the restoration is adequate to the current canons, but it does not obstruct that which in the future might think is best solution). By the way that to this respect is very interesting, in the present exhibition of van der Weyden in the National Museum of the Prado, to observe how identical principle is followed in the restoration of the famous Calvary.

Virtues and procedures, work systems which we suppose at the order of the day in all the major international museums that around the world are, even if we ignore the evidence it is in any of them.

And very important: in the documentary about the NG see also today is necessary, and seeks to with relish, the participation of the general public not only with its assistance, but in the decisions and acts of great museums, major cultural events. Real participation in exhibitions, great cycles of concerts, conferences and publications. It is the sign of the times. To do this we will.

This of the NG is a working procedure that resembles that makes a seasoned jockey with the necessary anticipation, few hundred metres before reaching the goal. That “be arriving” perfectly well settled already from the last curve, for the decisive moment. Yes, the British know a lot about art… and horses. And relate events, observations, objects, things and feelings to better understand life and what art means. But not all entails a great mystery that can be banned to Latins or easterners, to give other examples. It is more a working system, meticulousness in the procedures for what is not an impediment neither the language nor the culture of any other old people and well prepared, and culturally biased.

So, let’s go to Goya. If he was born again, that is a recurrent phrase, for sure that would be nice to see how some of his works live at the NG, are visited by 6.5 million viewers (2014 data) in the second museum most visited of the United Kingdom, and are maintained and offered so honourably.

However Goya would not feel happy, and is sad, if he saw how is offered his figure and his work precisely in the land where he was born. In a country like Spain that is above its truths and that officially is said that culture generates brand, but this is so lack of brilliance. In his homeland, Zaragoza, last year experienced a calamitous path full of mistakes, with two exhibitions type blockbuster (the one of a year ago and that of right now). That then began narrow-minded and clumsy in the friendly countryman and ending now under the umbrella of the Prado and its most qualified representative in the goyesco. Someone who says that the Prado is not Goya’s Museum but the University of Goya and that however today gives its approval to something that is not at all described as Museum of Goya with scandal and is not even a distant hint of the University of Goya. 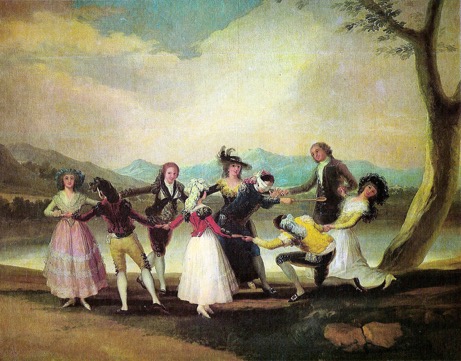 Rosary’s mistakes and impassive insisting in a city which best Museum receives 60,000 visitors a year: i.e. the hundredth part than the NG in a city that is not a hundredth part of London and, in addition, has works of Goya to get most important numbers. But, truly isn’t that hundredth? Is it perhaps because the folly of mismanagement? Is that in Zaragoza there is not craving of knowledge? No refining capacity? Nor desire for improvement and perfection? Let the taxpayer answer these questions.

No, Goya would not feel happy. He would be rather flabbergasted with pointed above, reading, looking and hearing how the first cultural authority in the region, in a revealing and very comfortable table for three (rather than round), says naïvely and without blushing that: “I don’t know about art. But I am responsible for the art”(sic). Super.