In my opinion there is a very interesting question when we get closer to the work of an artist so known as Goya: the reconstruction of historic environments in which had emerged the works of his hand, today exposed in the major international museums. But bringing this issue to the birthplace of the painter, we can perhaps understand better his composition of place or the way of facing life and future events; his learning and the first external contributions that will influence him, more or less, onwards. And this issue is also interesting as a component of tourism in the birthplace of this kind of universal artists. 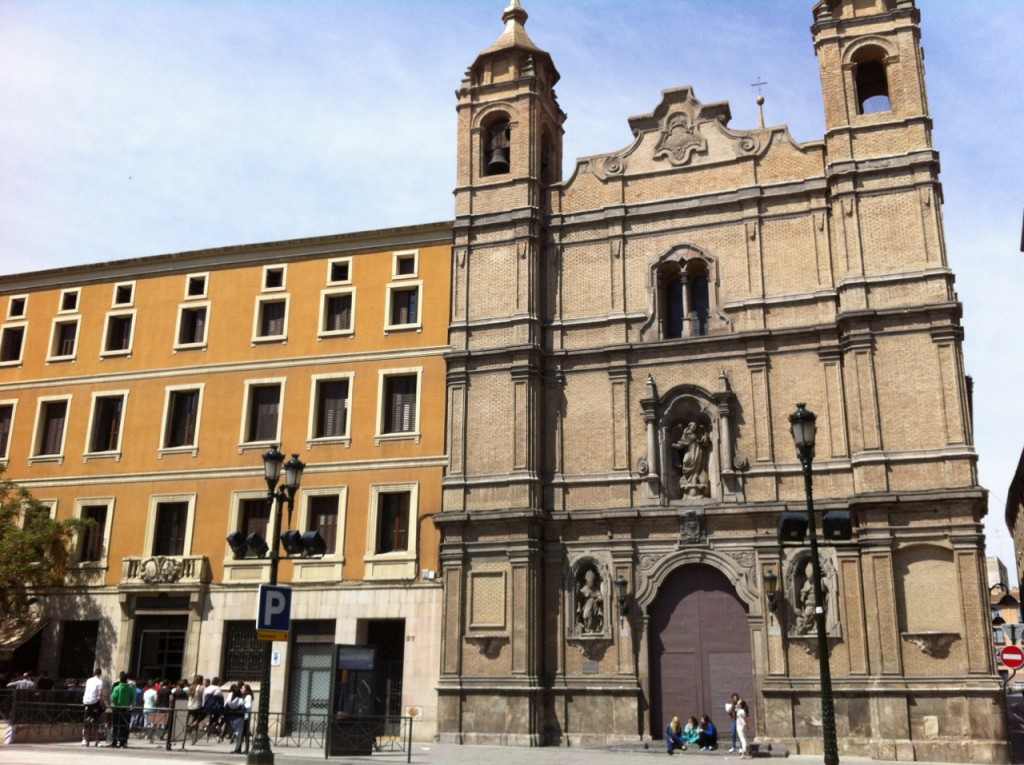 It will be worth it in the case which concerns us here, no doubt to Zaragoza or Madrid also, or the same Bordeaux. The reason why in this blog, dedicated to Goya, intends to, as an essential aim, transmit and make understandable to society the figure of Goya, as well as the influence of his work and personality in the Spain of the late Eighteenth and early Nineteenth century. As well as the significance and influence outside Spain and finally in the whole world.

If today, in June 2013, the word “Goya” in Google is mentioned approximately in forty and five million inserts on the Internet, this means that the interest in Goya in the world is certainly very high. And thus it will always be much better know the origin of the artist, his native land, customs and way of life. 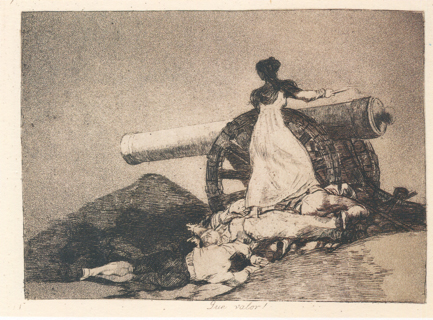 And to begin with, our interest to show the general and artistic atmosphere of a city like Zaragoza, where Goya was born and lived until his departure to Madrid for the first time at age 17 and later alternating with Zaragoza between 1766-69, to emigrate permanently to Madrid “called by Mengs” as himself said, at the age of 29; i.e., how it was the city and its environment and above all how it looked like when the young painter came and went through the streets, monuments and institutions of his time. What still remains of that in a city, Zaragoza, which suffered so in the Spanish Independence War and, more particularly, in the terrible siege by the army of Napoleon Bonaparte in 1808 and 1809. City that would eventually be tragically destroyed by the neglect of their leaders and the devastating effects of a rampant and ignorant, ‘developmentalism’ that respected neither the reality of the historical heritage, nor give opposition with energy to disastrous property speculation in the second half of the 20th century. 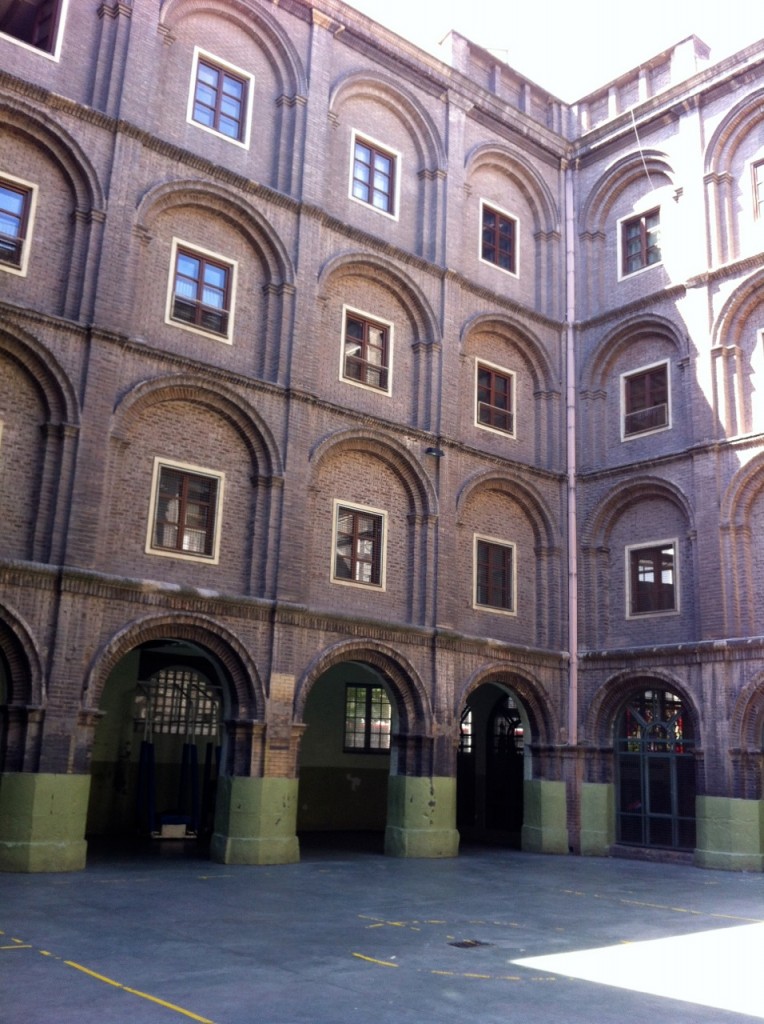 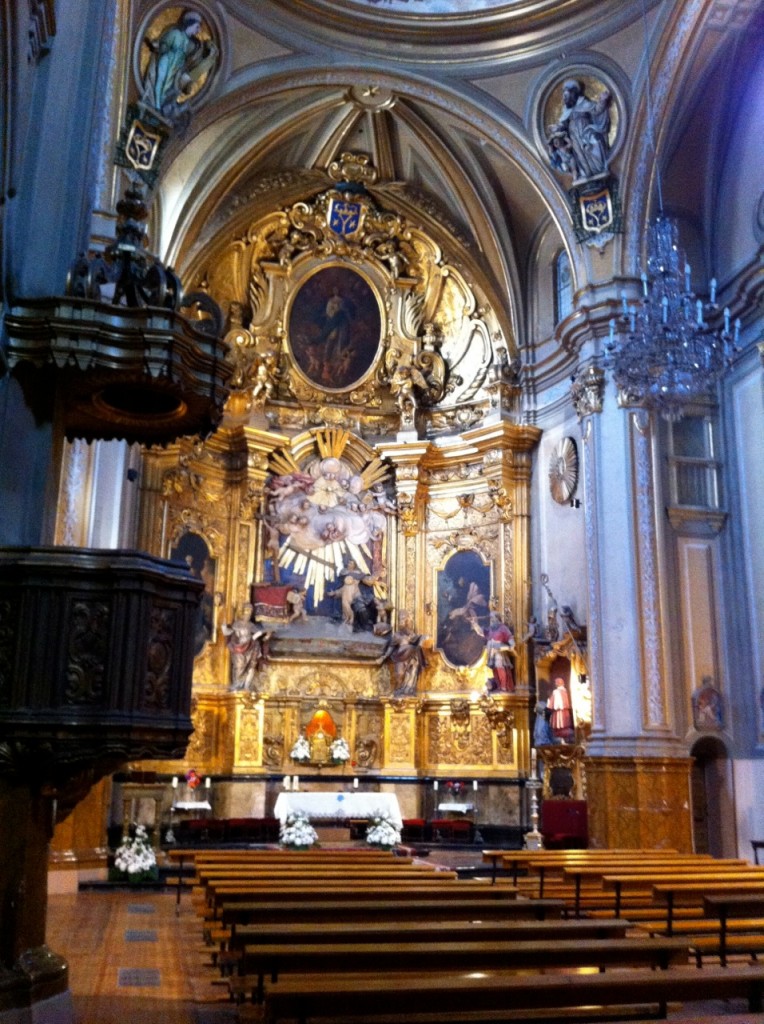 In the school of Escuelas Pías, Francisco de Goya received his first teaching, sharing studies, games and amusement with what would be his best friend, Martín Zapater. The original structure of the building are preserved today an inner courtyard, a part of the cloister, the church and its façade, as well as the part of the facade of the school that follows the original line and is the attached to the entrance of the church.  This was built in brick with socket stone under the protection of the Archbishop Castro Agüero, in 1736. The interior is baroque and composite order. In shape of a cross and a single nave, the altarpiece is giltwood, mid-18th century, and is dedicated to Saint Thomas Aquinas, as a tribute to the figure of this Doctor of Church, patron of all universities and Catholic schools throughout the world.

In the spirit of “Glory and Honor to Calasanz” in addition to that correct altarpiece, is clearly remarkable another lateral altarpiece dedicated to Saint Joseph Calasanz, with painting of the second half of the 18th, possibly by Ramon Bayeu, according to what says Professor Abbad Rios, and not collected by Morales Marín in his catalog, nor so does Anson. In another altar there is also a canvas dedicated to Saint Roque, Luzán’s former Aragonese school, who would be the first teacher of Goya.

Beyond his paternal home and the closest streets, in a small town as the Zaragoza of that time, certainly this was a first and interesting impression Goya lived on a daily basis in his childhood at the Piarist College and which is, among others, a-must-visit for the tourist who wants to follow the first ‘Zaragozanian’ experiences of Francisco de Goya.