Among the many concomitance, likeness and similarities that, with no doubt, can be found between these two geniuses of world art, one of them and perhaps the most important is its status as Spaniards. Besides, Spaniards who lived in France exiled or, more or less, for extended stays and different reasons. But that never gave up on their status as Spaniards, as known. 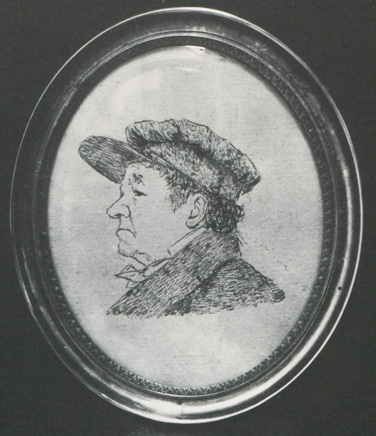 Picasso lived there a long and fruitful life and, nevertheless, Goya did for a period of nearly four years and at the end of his life (from 30th May 1824 until his death on 16th April 1828), with two short stays in Madrid in 1826 (when gets retirement) and in the summer of 1827 to arrange personal affairs. The reasons of its, better call them expatriations, were by their condition of Spaniards and in essence for their advanced ideas about the prevailing of the respective authorities of their country, especially in the case of Goya, and because Paris is the main point of attraction and the centre of European and universal art at the time in which Picasso decide to leave Barcelona, and start a career with more international presence.

There are not known written or verbal manifestations of Francisco de Goya in which declared their intention to become French citizen. Rather, against this, he always felt deeply close to Spain and thus expressed preferably frequenting circles of Spanish artists and intellectuals, both in Bordeaux and in the few months he visited Paris. On the other hand, Goya never spoke French, very understandable question by his advanced age and his vulnerable condition of almost absolute deaf person. And he frequented almost exclusively Spanish environments, except for a few exceptions related to artists or lithographers.

Very different case is that of Picasso, since he did live almost all his life in France. He joined completely in that country although he never renounced his Spanish condition, nor forgot his birth from Malaga and the very important stage of his life in Barcelona. It can be said without fear of mistake that there is a French Picasso, very French, not avoiding to be Spanish and very Spanish. Something that does not fit in the qualification of Goya. 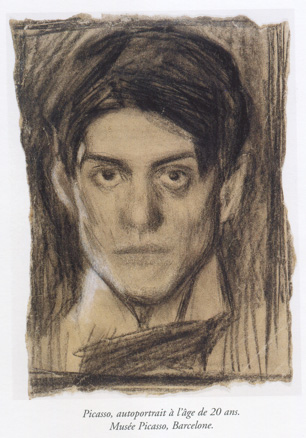 As well, always have thought that Picasso never wanted to become naturalized French, but the truth is that he did wanted to do it at a given time: can read it in the paper entitled “Dans les secrets de la Police (Les Trésors inédits des archives de la préfecture de Police)” edited by L’Iconoclaste in 2008 and I get thanks to my good friend and colleague in the MGA, Jean-Baptiste Bourrat, Secretary-General of Editions Les Arenes.

In this book (pp. 230-231) Pascal Bonafoux reproduces the requests for ID cards made by Pablo Picasso and Olga Khokhlova, his first wife, both Spaniards according to the receipt of the respective request. Olga’s Spanish nationality is, naturally, by marriage.

But one thing is to ask a mandatory identity card for foreigners and other to ask for the nationality itself. The demand for French nationality by Picasso is a whole dossier that is part of a set of files seized by the Germans in 1940, then transferred to the USSR in 1945 and returned to the French State in 2001. The discovery of such a document, in 2004, was a great surprise: the painter never spoke of that application with none of their relatives or friends.

Pascal Bonafoux tells this in the following way: “In this month of April 1940, what does the police officer who reads and rereads parts of the dossier ‘Picasso’ knows about him, Spanish painter born on 25th October 1881 in Malaga. The artist has just asked for his French naturalization letter. Since the beginning of the year, lively, Picasso does not know what to do. War declared on 3rd September 1939 drives him crazy. Entrusted to his secretary Sabartés: “If they make war to spite me, they have taken things too far, don’t you think?” 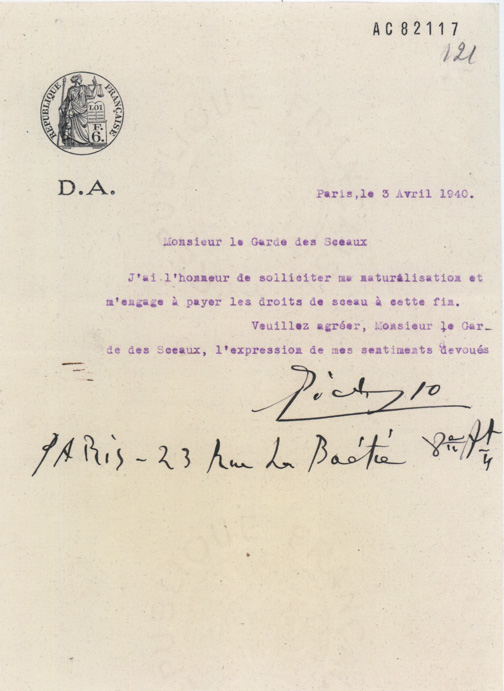 He is helpless. Repeatedly, just coming and going between Paris and Royan, where, since the beginning of the year, rents the second floor of the villa of the Voiliers. The owner has seen nobody there but himself and his faithful Sabartés. The painter feels there on neutral ground, so far from Dora Maar as from Marie-Thérèse.

The police officer ignores without a doubt that Picasso has given command of packing his canvases from La Boetie Street and Des Grands-Augustins in dozens of boxes, an endeavor so difficult “as dismantling the Louvre”. On the contrary, knows that this painter is famous… How to ignore that? “Guernica”, at the Spanish Pavilion of the International Exhibition, has shocked. If, in the eyes of the critic of art Jean Cassou, “expresses our more intimate tragedy”, in revenge certain leaders of the Spanish Republic have condemned a painting “antisocial, ridiculous and totally inadequate”.

What to be admired by if, convicted by the communists, this painter would not be anarchist, as described in an old report of 1901. But the friendship that links him with Èluard would make comprehensive that he was a communist? France at war, no doubt wondered this official, does need to give such individual the nationality? When even, according to Cocteau, gets “a life of homeless under a golden bridge” The Administration will leave this request without response. 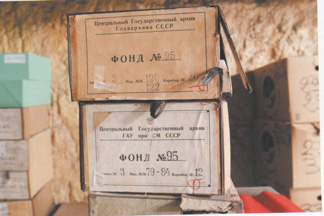 The truth is that Picasso, coinciding with the invasion of Denmark and Norway by the troops of Hitler, officially requested French nationality and makes it to the entitled authority on 3rd April 1940. This juicy and interesting information is widely advanced by Armand Israël in the book written together with Pierre Dax and with the title “Pablo Picasso. Dossiers of the préfecture de police 1901 – 1940” was published by Éditions Acatos in 2003.

On 23rd April the French Ministry of Justice requested to the Préfecture of police the opening of an inquiry that allows forming an opinion on the request. For this purpose, on 26th April police station of la Madeleine invites Picasso to 7th May and ask for a documentation which, in summary, corresponds to an affidavit of not having ever convicted in France nor Spain, or in any other country; his income tax for 1939; copy of his lease on the property of the 23 rue de la Boétie; a domicile certificate, signed by the housekeeper, who effectively certifies that Picasso lived there since 1918 and it also adds the visa of the police inspector of the district.

Regarding this request the French administration issued two reports, one by mentioned police station of the 8th Arrondissement, which has a formal character of police of proximity; this 9 page report is favourable and consists of statements, documents and reports on marital and family status of the person concerned, address, his conduct, morality and his loyalty to France and his military situation, his will in assimilation, his social utility and his health; also on his economic situation in which, by the way, represents that Picasso had paid 700,000 francs of taxes in year 1939; his clean criminal records are added and it is concluded, on 30th April 1940 with: “Good reports, favourable opinion”.

End of Part I