Professor Julián Gállego published in 1978 his rather than bright ‘Self-portraits of Goya’ (Savings Bank of Zaragoza, Aragon and Rioja) on the occasion of the 150th anniversary of Goya’s death. 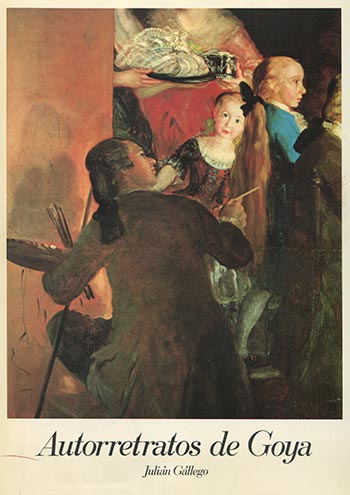 Since the beginning the very knowledgeable Professor defined that the self-portrait is one of the largest and most attractive painting issues. Carries with it as inexcusable conditions two counter qualities: the sincerity and the artifice (sic). Along its 86 pages -aside from the great annexes-, all a wonder of erudition and grace exhibition, develops the topic with enormous brilliance of who for some is the best writer that has given Aragon throughout the 20th century. Also for me is, at least, in his field of the fine arts in general and painting in particular.

Parses the question and rightly quotes to Ortega y Gasset when he says that Goya tends to give us the figure portrayed what is at the moment it appears. And that Goya painted “appearances” and, in that sense, ghosts. And that character of appearances does not remove them reality, as it does not remove either the portraits of Velázquez. (sic).

In regard with the above, it seemed incredible that thirty years later, in the superb exhibition ‘Goya and Italy’ (Museum of Zaragoza. June-September 2008. Curated Joan Sureda) that constituted a lesson of art of high level, and in which the mentioned curator knew how to relate influences, times, artistic modes and the philosophy of the artistic knowledge, from the academic Winkerman’s theory to the delight collector Infante Don Luis de Borbón and more, Sureda forgets Professor Julián Gállego -a very serious failure- and even while the chapter or paragraph XII in the catalogue and exhibition is dedicated to “the portrait”! But was not that the only striking failure of the author, who in an exhibition in which studies youth and first formation of Goya unknown conspicuously the zaragozanian Goya, disdaining his first training -former and later in Italy-, which is a lack of consideration. 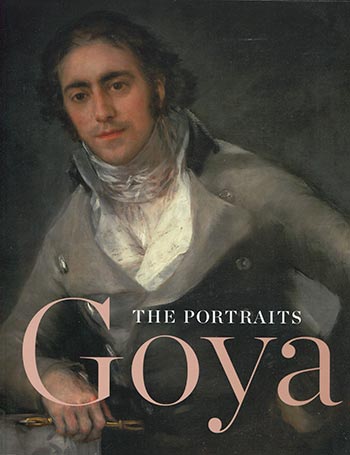 From October 2015 to January 2016 would have place at the National Gallery in London the exhibition ‘The Portraits of Goya’, very well widespread and in charge of Xavier Bray, with contributions by Manuela B. Mena, Thomas Gayford and Allison Goudie. And in whose literature opportunely quoted to Professor Gállego. 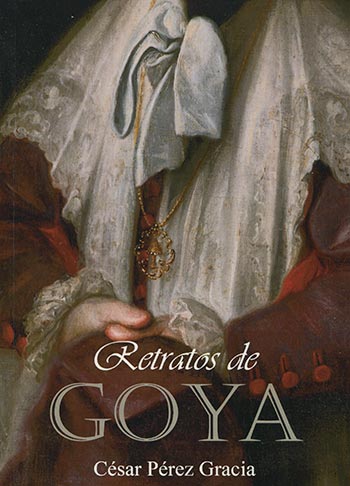 It is 120 pages of a great catalogue of the close to one hundred and fifty portraits that Goya did throughout his life, detailing almost one by one and giving reason of each one and its relationship with Goya.

This concentrate of eloquence, good observation and some Aragonese sense of humour, turns out to be useful for its erudition and because it is also filled with goyesco arguments. Because also speaks of painting, procedure and completion, which is welcomed when in most writings qualified as canonical about Goya hidden us -by ignorance- what to paint concerns. Gets to the point and describes what is seen. Does not have invented or poorly brought youth Goya stories, but he skilfully explores what could certainly be and reaches us in what certainly was. He relates very well events, mentalities, the virtues and evils of the time and displays them with clarity and good sense. Without stopping in false myths, in little acceptable respects and stripped bare the truth of who, morally compelled to be example and conscience of a society, gave up the publican humility to settle for the mediocre pride of the pharisee.

Yes. Because César Pérez Gracia faces courageously the subliminal in the painting of the young Goya in the Zaragoza of his youth. Simply review by the hand of the author as stays on the portrait of the boy Ayerbe. Uncovers the goyesco game and shows to light the secrets of his intention. Enough to look and see the painting; is not imagination nor magic cheap, an argument too broken in the pen of so many historians supposed scholars who don’t know to look…

Thus it is a welcomed book because it is not politically correct, it lacks of ties still being drafted in the sullen, coward and pretentious Zaragoza, the great taster of bait and switch, and reaches the degree of jewel in the path of the great Julián Gállego, skilfully using the intelligent resource of the lightning glosses, so estimated by the Professor.

It is one of these books that we need to read and reread to be present much more at Goya, to learn from him and taste painting and intention, the formal quality and truth of the portrayed, without prudery, without superfluous details, without distortions nor white lies that are beside the point.

I congratulate the author with enthusiasm and encourage him to continue giving testimony of an exciting way to see our most remarkable genius art.